What is lidding film, and how do you use it? Today we're peeling back the layers on lidding films. 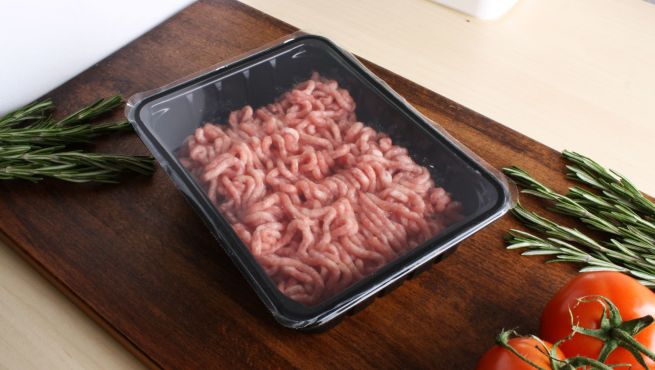 It’s fair to say that most people don't associate the saying ‘a match made in heaven’ with food packaging. However, when it comes to lidding films and the variety of applications they can be utilized in, it really is the perfect match. In today’s Product Spotlight we’ll be shining a light on a highly versatile form of food packaging: lidding films.

What is Lidding Film?

Lidding films are most often used in food packaging applications as the lidding companion to plastic, cardboard, or metal trays and general rigid containers. Unlike tray overwrap that wraps over the container, lidding films are sealed to the accompanying container via a sealing machine and serves as a protective barrier that keeps the food separate from any potentially harmful substances. Depending on the application, the film can be designed to be easily peeled-off or punctured to allow access to the packaged product.

Lidding films are also highly customizable when it comes to appearance. The films can be made in a variety of colors as well as clear, and can be printed upon easily to allow for branding and labeling directly on the package. To learn more about lidding film customization, reach out to one of our technical experts today.

What are some Lidding Film Applications?

Lidding films can be used in a wide variety of applications, including fresh and frozen dinners, fresh meat packaging, oatmeal cups, dairy products, and even pet food trays. The film can also be designed to withstand a variety of temperatures, including frozen foods and microwave/oven-safe reheating.

Mass amounts of wasted food finds itself into landfills each year, resulting in tons of excess carbon emissions. Additionally, the natural resources used throughout the process are also wasted. This post can help you learn more about the role of plastic films in reducing food waste.

IEF also has a variety of sustainable film options available under our InteGreen™ Family of Sustainable Films, including compostable materials, and films made from post-consumer and post-industrial recycled resins.

Want to learn more about lidding film applications, or how IEF can supply your company with lidding films? Reach out today.